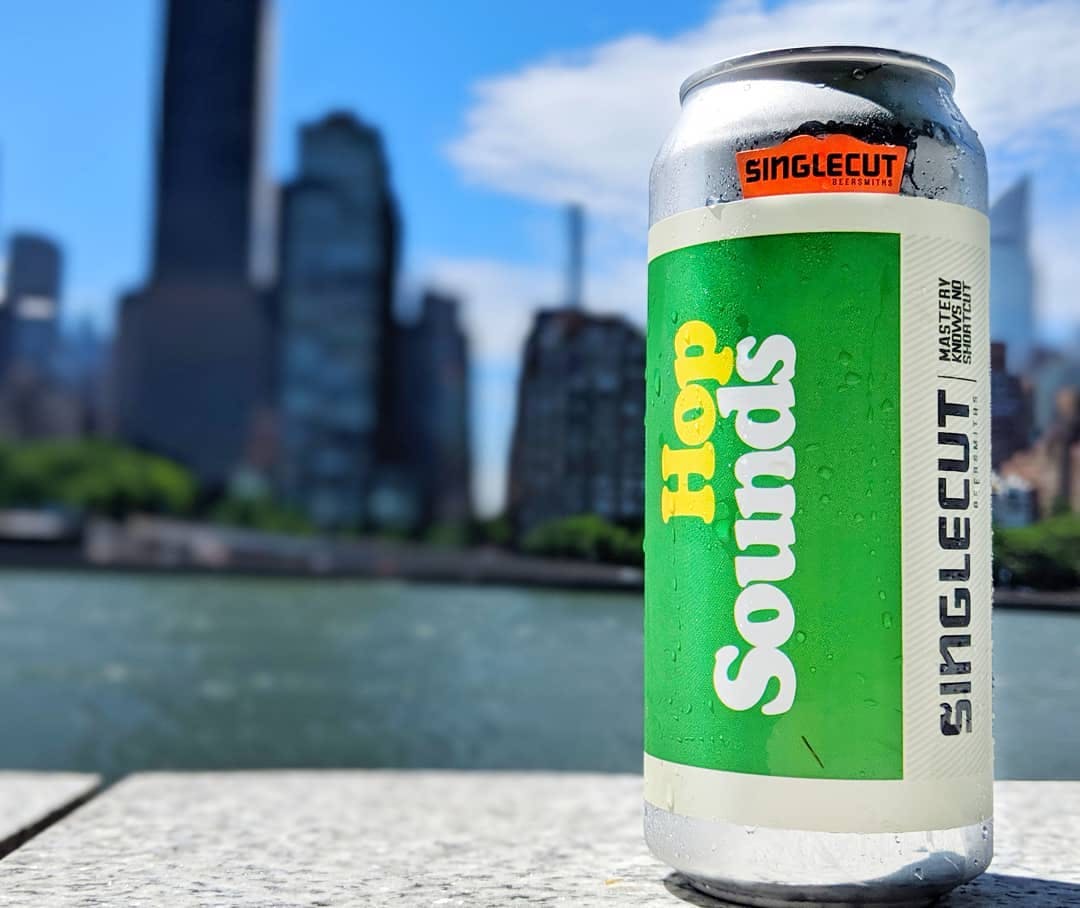 If you haven’t seen SingleCut’s signature can artwork and rock inspired beer names on our Insta feed before, then you clearly aren’t following us (get on that already, will ya?). 🤘 The brewery’s story started years ago when SingleCut’s music-obsessed founder and brewer, Rich Buceta, brought together his life-long passions (rock ‘n roll, guitar collecting, homebrewing, etc.) to a place where hops and vinyl could shine side by side. In 2012, he opened SingleCut adjacent to the Steinway & Sons piano factory in Astoria, NY, and he’s been playing it at maximum volume ever since, releasing epic DDH juice bombs, milk stouts and lagers weekly.

So What’s the New New?

SC’s latest release has us wishing “Wouldn’t It Be Nice” and “God Only Knows” weren’t such ear worms. Called Hop Sounds (name inspired by The Beach Boys’ ‘Pet Sounds’ album), this newb is a bright and refreshing dry ale, dry-hopped with a blend of classic US and nouveau European buds. At 5% ABV, Hop Sounds is sunny and lemony with aromas of citrus rind, fresh cut grassy flowers, and a crisp and clean finish – equally at home on the bar or the lawnmower.  We enjoyed a Hop Sounds (or two) with Dan Bronson, SingleCut’s General Manager, and asked him a few burning questions about Hop Sounds, life at SingleCut and more. 👇 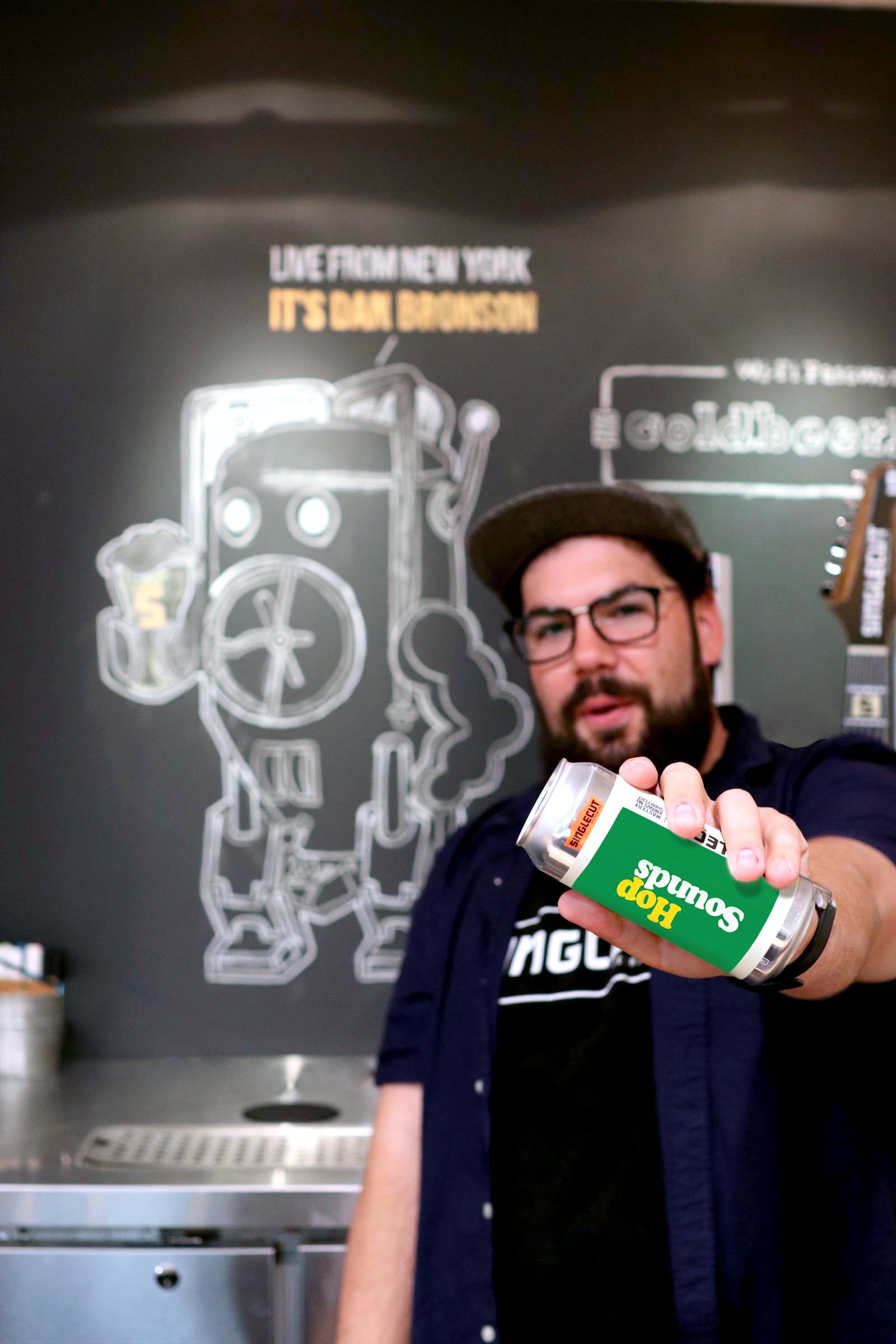 Gettin’ Down with Dan

Craft Collective: Where did the inspiration come from for Hop Sounds?

Dan: Hop Sounds came from SingleCut’s desire to create a perfect session beer that could go from summer to winter. We wanted something that was incredibly balanced yet had some boldness. We wanted a beer that has something to say.

CC: What makes Hop Sounds different than other Ale offerings?

Dan: Hop Sounds is a perfect melding of worlds. The crispiness and cleanliness of lager. But all the intensity and character of our signature IPA. All done with an ABV and style where you can enjoy more than a few.

CC: Where’s your ideal place to enjoy Hop Sounds? Or, a SingleCut in general?

Dan: In a perfect world, I’d be drinking a SC while enjoying a show from a band’s 5 year hiatus. If not, a beach, lawn or favorite bar will always do.

CC: What’s a day in the life look like at SingleCut?

Dan: We get started real early in the morning. Brewing starts reaaaaally early so we can take our time quality control testing. And making the beer as perfect as it can be. Everyone [at SingleCut] has a different life. The other half is getting out and reaching out to clients ensuring SC is delivering on all of the promises it makes.

Dan: Finding a patio in NY is pretty tough but for us Queens kids, the East River Ferry. Hittin’ the high seas. Taking in the beautiful skyline views (and drinking whichever SingleCut beers we can sneak on board).

CC: Where can you be found when not around beer?

Dan: At a show, for sure. Either at Forest Hills Stadium or at the Saratoga Performing Arts Center.

Rulpsen’s coming for ya’! Whooooo the F is Rulpsen? SingleCut’s dope “mascot” and he’s got some news… 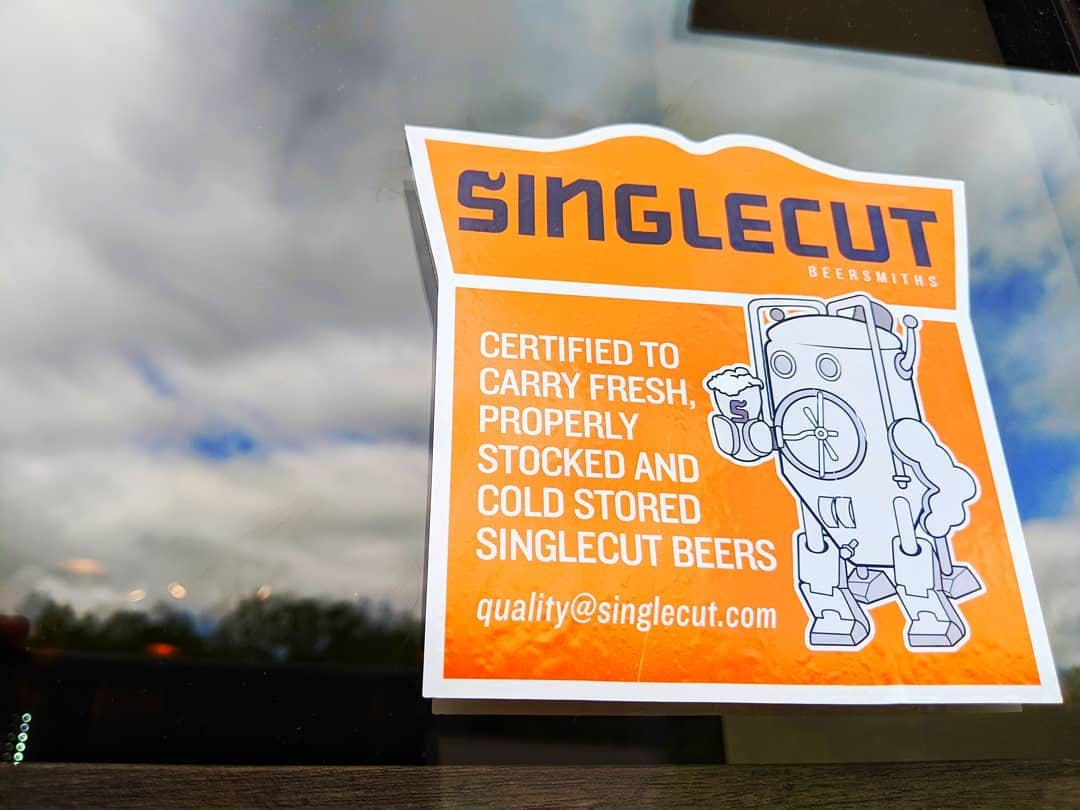 SingleCut (and us!) loves their retail stores almost as much as they love fresh and delicious SingleCut beers, which is why the brewery is rolling out the “Rulpsen Approved Store” program. Consumers will soon be able to find the closest can shop stocking SC aluminum via SingleCut’s website. Contact your rep to learn how to become “Rulpsen Approved” and all the perks that come with it. And remember to always #DrinkLoud.