It’s been almost a year since we welcomed Brazil-based Japas to the portfolio (and the U.S.) and an impressive year it was, filled with new beers, collabs with some of our buds, and a memorable (and delicious) New England tour.

The New Year means fresh, new Japas to sip on. So, for the first time, we bring you Sawā, the girl gang’s rotating fruited sour. First up in the series is Sawā Plum, a pleasantly tart and refreshing beer that’s making its international debut right here in New England (sorry, Brazil). Keep reading for the behind-the-scenes scoop on Sawā, what’s new for 2020 and more. 👇 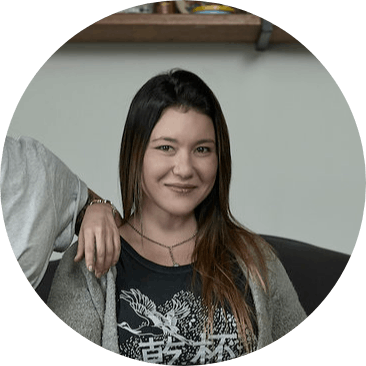 We had a chance to ask one of the leading ladies behind Japas Cervejaria, Maíra Kimura, about Sawā’s introduction, what’s on the horizon for our fave Japas Pils, and Japas’ place among female-owned breweries. Spoiler alert: they’re spillin’ the juice on what’s to come in 2020!

Q: We’re pretty pumped about the drop of Sawā Plum (and the fact that it hit the U.S. before Brazil). What makes it different from Japas’ other offerings?

A: We’re really pumped about it too! Sawā is a line of sour beers that we already have in Brazil, always featuring fruits that have something to do with Japanese cuisine. When we design our beers, we’re always very focused on balance, on adding the Japanese ingredient in a way that it doesn’t overpower the base style but at the same time makes it noticeable in a pleasant and peculiar way. Sawā Plum is a little bit different from our other offerings in a sense that, as it’s part of a series, we use the same base and play with the ingredients so people can compare how they stand out in the beer. Oh, and the Plum version was released in the States first!

Q: Can you go a little more in-depth about the brewing process of Sawā?

A: Sawā has a very simple base malt, it’s got some wheat and oats, almost no bitterness and a very clean lactic tartness. A lot of plum is added during fermentation, so the sugars of the fruit are fermented with the must, resulting in a dry and super refreshing beer. Later in the process, we dry-hop it with Amarillo, Cashmere and Azzaca to add some complexity.

Q: Not to give too much away but it’s no secret we love the OG Matsurika. What’s going to change with the Matsurika program in 2020?

A: Well, we love it too! We love it so much that we started to create some variations of it to show how versatile the jasmine flowers can be. Next one to come is Black Matsurika, a Czech Style Dark Lager with, of course, jasmine flowers. Expect a darker beer but with a light roast character and a nice floral touch. The ABV and the hop profile of the new Black Matsurika are the same as the original one: 5% ABV and the use of Saaz, a distinctive and classic Noble hop.

Q: After a very successful year with Japas, we’re amped for 2020. Can you give us a tease of what’s to come in the new year?

A: Yes! We’ll certainly brew some more versions of the Sawā line, as well as some new hoppy and delicious IPAs. It’s also in our plans to make a certain Russian Imperial Stout that we’ve launched in Brazil and won a medal in one of the most prestigious Latin American beer contests (the very first beer competition we entered!). You can also expect pastry beers made our own way; there are a lot of exciting new beers to come and we can’t wait to brew (and drink!) them all.

Q: We (and our customers) 💜 the Japas girl gang. A recent Brewbound study found that 31% of women drink craft beer. We’ve seen the market share of female-owned breweries, female-brewed beers and females in the business of beer continue to grow in what is historically a predominantly male industry. Why do you think this is and how do see you Japas continuing to be at the forefront?

A: Thank you so much! For us, it’s amazing to see and to be part of this growth. It’s great to see an increasing number of women working with beer, not only owning/leading breweries and brewing, but in all segments of the industry. In this sense, representation matters, because when more and more women see other women occupying those predominantly male spaces, they see they can do it too. For us, it’s been a beautiful journey, one that of course had and has a few mishaps due to the fact that we’re a female-owned brewery, but it’s very good to be able to show that we can do anything we want. For us, an ideal world would be one that nobody judges who’s making the beer by their gender, but by the quality of the product.

Have a major crush on Japas (us too) and want to crush their beers?

ACCOUNTS: Hit up your rep to add Sawā to your next order (cans and kegs available!).

ENTHUSIASTS: Here’s a look at where you can find Japas near you.

Here’s to kicking off the new year with the freshest beer. ✌️